You’ve got termites and you want them gone. Here’s how Exterra does it

Exterra gets to work in-ground…

To the right is a house under attack by subterranean termites. Termites have been attacking this house from some time. This is a job for Exterra.

The first step of using Exterra is to install Inground Stations around the building at points near where termites are likely to be foraging in the ground for food. The Stations contain non-toxic food preferred by termites. This food is called Interceptors.

The Stations are inspected at regular intervals for evidence that termites have found some of the Stations and are feeding on the Interceptors.

…and above ground quickly.

Above-ground Stations are used only when a point of termite attack in the building can be located. Bait is placed in the Station when it is installed.

Above-ground Stations can speed up the process of colony elimination. After the termite colony is eliminated, Above-ground stations are removed.

Termites have been intercepted .

Foraging termites have found one of the Stations and are feeding on the Interceptors in this scene. Notice how the termites have built tunnels in the earth that now reach the Station. This is their pathway back to the colony.

The Exterra Station ‘s designed to both speed the process of termites finding the Station and to increase the percentage of installed Stations that are actually attacked. 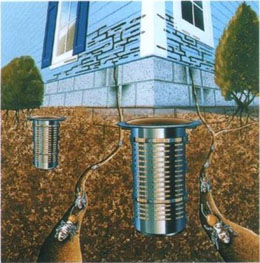 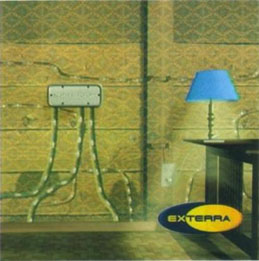 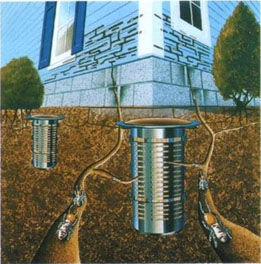