…so it’s time to put Requiem to work.

To the right we see the Station after it has been filled with Requiem Termite Bait. The Interceptors have been omitted in this view but are actually still in place.

The termites made this switch because they prefer to eat Requiem Termite Bait even more than they prefer to consume the Interceptors. This is because Requiem is designed to be highly preferred by termites.

Requiem has severely affected the termite colony. The best evidence of this is the small number of termites left feeding. These few remaining termites have been severely affected and are in no shape to cause much more damage to the building.

Soon these few termites will be gone as Requiem succeeds in completely eliminating the colony and stopping further damage to the building.

Above ground stations are then removed 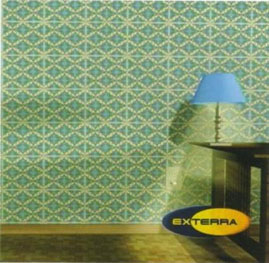 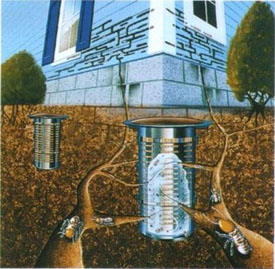 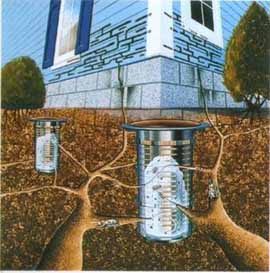 …but In-ground stations stay at work 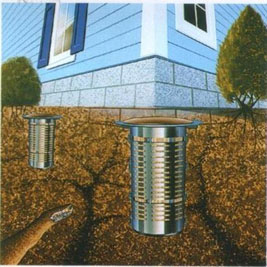 In the left and right views above, the termites have been eliminated from the building and the earth beneath it. The Above-ground Station has been removed and will not be replaced. The In-ground Stations in which termites were previously feeding will now be prepared to intercept any new colonies that may occupy the area that was once occupied by the now eliminated termite colony.